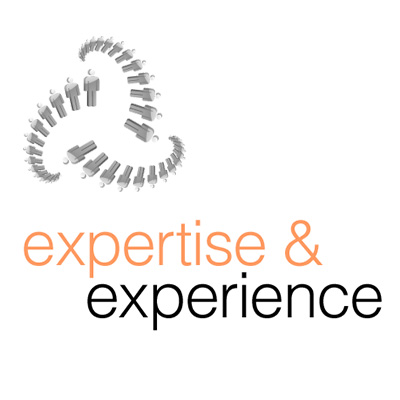 With over 25 years of experience, Sonal founded and is the Managing Partner for Accord /AltoPartners India. She serves clients in Private Equity, Conglomerates, Financial Services for Board, CEO and CXO searches.

Sonal co-founded and serves as the first woman / Asian Chair for AltoPartners, the leading global partnership of executive search and leadership consulting firms across 60+ offices the Americas, EMEA and APAC. She also serves on the global and regional boards of the AESC as well as on the boards of Accord, ABC Consultants. She has held global network roles at YPO (Young Presidents Organization, a peer network of 30,000+ global leaders in 100+ nations).

She also anchors the Board and Diversity practices for the firm, and serves on the FICCI Diversity & Inclusion task force, and is a frequent advocate, moderator and speaker on leadership, gender and diversity, and has authored a number of articles on careers, women at work and D&I. AltoPartners was among the first 10 companies to sign the AESC diversity pledge. She was intrumental in conceptualizing the annual ET Prime Womens Leadership Awards, where Accord partners with ET Prime to run an annual a nationwide search aimed at recognizing exceptional women leadets over various categories.

An MBA from the London Business School, Sonal has been named by the Economic Times as one of the Top 10 Headhunters in India, by Businessweek, USA as one of the 150 Most Influential Headhunters in the World, 2008 and by Business Today magazine as one of the Next 30 Most Powerful Women in business. She also was awarded the YFLO Women Achiever Award by FICCI FLO, and Is regularly featured in Linked In’s Leaders That Inspire Annual Asia yearbooks business.linkedin.com/talent-solutions/cx/18/01/leaders-that-inspire-workforce-of-the-future and business.linkedin.com/talent-solutions/cx/19/01/leaders-who-inspire-era-of-talent-intelligence?src=LWI2019Organic

Dr Bish Agrawal (Doc) is widely perceived as the pioneer of the organised search & selection profession in India. He founded ABC Consultants the first professional recruitment group in India. Accord Group was founded as the executive search arm of the group in the mid 90s.

Born to a modest family in a village in Bihar, Doc worked his way up the professional ladder with “tons of self-belief, hard work and more than a stroke of luck”. He earned his Engineering and Management Degrees from British Universities and PhD from Arizona, US and worked with American multinationals in India and the UK, before setting up ABC

In 2020, Doc was the first Asian to be awarded the Global Lifetime Achievement Award for his contribution to the profession by AESC , the Association of Executive Search and Leadership Consulting firms. He also received the prestigious Shiromani Award from former President of India, Dr Shankar Dayal Sharma, and the Rajiv Gandhi Excellence Award by Prime Minister Dr Manmohan Singh.

He has served as the President of The Institute of Management Consultants of India, a Visiting Professor at IIM Kolkata and a Companion of The Institute of Management, London.. He has personally completed over 1,000 senior leadership searches across various industries. His forte has been in partnering with Indian conglomerates and helping them build out their professional management teams.

When he is not talking about recruitment, Doc spends his time collecting Indian contemporary Art and investing in the Indian stock market.

Toral has two decades of executive search & selection experience in India. She previously managed the Western Region and Middle East operations for a large recruitment group, before co-founding Accord.

She is responsible for the Consumer, Retail, Services, Real Estate and Education practices for Accord in India and has built top management teams for major companies in these industries. In addition, she has run searches in the areas of Diversity, Human Resources, and Media.

She serves on the boards of Accord, ABC Group and is a member of the Bombay chapter of the EO (Entrepreneurs Organization).

A graduate of Sydenham College, Bombay, she did her post-graduation in Personnel Management from the University of Bombay and the Accelerated Development Program from London Business School, UK.

Ajay joined the group over two decades ago and has served clients within the ABC Consultants and Stanton Chase franchises within the group before joining Accord / AltoPartners India as Senior Partner. Working with both Indian conglomerates and global companies, his core domain is the Industrials practice, with a focus on Automotive, Capital & Industrial Equipment, Electrical & Electronics, Aerospace & Defence and Process Industries. He also has experience in the Higher Education and Healthcare and Lifesciences areas.

Ajay holds a Bachelor’s degree in Electrical Engineering with an MBA in Marketing & Finance.

Anjali has close to two decades of experience, starting with media planning in Grey Worldwide and Mindshare, followed by over 15 years in executive search and recruitment, where she has worked at ABC Consultants, RGF, Stanton Chase franchises, before joining Accord.

As a Partner in Accord / AltoPartners India, she successfully serves clients in the Consumer and Media sectors to build out their leadership teams.

Apart from core FMCG and Retail, she has deep expertise in the Food sector.

Anjali is a Post Graduate in Marketing & Communications from Amity Business School and Bachelors in Economics from Delhi University.

After stints in business development in the telecom space, Reenu started her recruitment career at global staffing majors and then moved to Korn Ferry Professional Search as the Market Leader for Global Consumer & Life Sciences Practices, where she was consistently named as the top national and Asia-Pacific consultant. She served as Principal at Heidrick & Struggles, before a stint at another international search firm as Partner. Over the last two decades, she has served global and Indian clients in the Consumer, Retail, Pharma, Healthcare and Education areas.

At Accord / AltoPartners India, she runs the Life Sciences & Healthcare practices and is an active member of the global practice group.

Reenu has a Bachelors degree in Electronics from Delhi University followed by a management degree from International Management Institute (IMI), Delhi.

Sijo anchors the Technology practice at Accord / AltoPartners.

With almost two decades of experience, his early stint as an entrepreneur helps him appreciate the nuances of critical business flows and dynamics. When he joined the search profession, he initially worked with clients across the consumer, pharmaceutical and industrials sectors in India and overseas. He then pivoted to the technology industry and has conducted searches across the broad spectrum of the digital and technology spaces, with significant experience in C Suite projects. His earlier search experience across diverse sectors gives him a unique advantage in connecting with founders across broad digital technology platforms, and this approach has led to many successful marquee hires for multiple technology clients.

Yatri is a career search consultant with almost two decades of search and recruitment experience, with the last decade in C Suite executive search across Banking & Financial Services. She has previously worked with two search companies, where she established the BFSI practice and developed long- term relationships with new and existing clients and candidates.

Yatri completed a Masters in Industrial Psychology from Mumbai, before embarking on a career in recruitment and executive search.