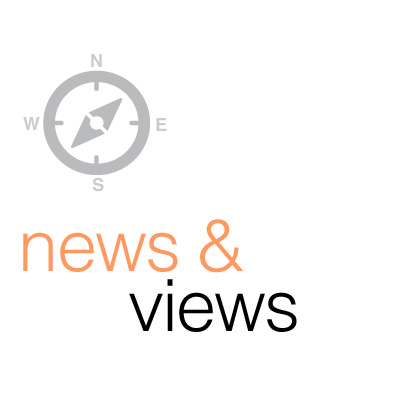 India Inc debates: Can regulation be the key to gender pay parity?

Is regulation the key to gender pay parity? The question was put to a panel of experts at the ET Women’s Forum on Friday

The global Association of Executive Search and Leadership Consultants (AESC) today announced new appointments to the AESC Council of Asia Pacific and the Middle East, which consists of elected officers from AESC member executive search and leadership advisory firms from across the Asia Pacific and Middle East regions.

NBFCs on a hiring spree, look to acquire talent at CXO level

Mayank Jain moved to non-banking finance company (NBFC) Bajaj Finance as head of corporate strategy and business development in October after a four-year stint at Flipkart as head of financial services.

Take charge of your narrative

Sonal Agrawal, managing partner, Accord Group India/AltoPartners, joined the board of the Association of Executive Search and Leadership Consultants (AESC) as a director from the Asia Pacific region

The hunt for talent

Stemming from the government's 'Make in India' initiative, there has been a lot of discussion recently on the need to provide a push to manufacturing across sectors such as auto components, construction, chemicals, among others.

NEW DELHI/BANGALORE: When Peter Chang, the regional head for Turkey and Africa at Asus, a Taiwanese maker of laptops and tablets, was offered a possible India posting last year, the 34-year old grabbed it with both hands.

AltoPartners, the international alliance of independent executive search firms, is proud to name Stephen Dallamore as the Chairman of the Global Operating Committee.

AltoPartners, the international alliance of independent executive search firms of which Accord Group is the exclusive India partner, has announced that Stephen Dallamore of Search Partners International in South Africa will be the new Chairman. According to immediate past Chair Jean-Philippe Saint-Geours, "I am very happy to hand over the baton to Stephen. He will bring a fresh approach to business development, and will oversee the integration of important emerging countries into our development strategy."

Women Corporate Directors (WCD USA www.wcd.org ), FICCI FLO (All India women’s wing of the Federation of Indian Chambers, www.ficciflo.com) and the US Commercial Service partnered with the International Finance Corporation (www.ifc.org) and Marriott Hotels to run the first session of the Emerging Women Director’s Institute in India, a one-day bootcamp designed at educating and training high-potential women corporate board members on how to secure board seats in India and overseas.

The Association of Executive Search Consultants (www.aesc.org), the international body for retained executive search firms worldwide, hosted an event along with the Bombay Chambers of Commerce & Industry in Mumbai in November. The event was attended by members of the Chamber, and AESC members in Mumbai. Sonal Agrawal, Managing Partner, Accord India was one of the three panelists (the only one from executive search) for the session “Women on Boards in India” moderated by Peter Felix, head of the AESC.

Afaqs, India’s largest advertising, media and marketing portal held their annual event TV.NXT, India''s only event on the business of television in Mumbai in October 2012. It is the biggest platform devoted exclusively to the emerging trends, issues and state of the broadcast industry in India..

Our partners in the UK, Oxygen hosted a discussion over dinner addressing issues around increasing the diversity of boards. Guests included Chairs of significant quoted UK businesses; Non-Executives from overseas listed companies; a member of the Steering Committee of The 30% Club; the Chairman of the Judicial Appointments Commission and a number of Members of the House of Lords.

Through its membership of AltoPartners, the international alliance of independent search firms, Accord is delighted to announce its partnership with Diversified Search - one of the top 10 US search firms. Founded and led by Judith von Seldeneck and headquartered in Philadelphia, the firm has offices in Atlanta, Chicago, Los Angeles, Miami, Minneapolis, New York and Washington DC. It has ten major practice groups and an impressive track record of success in all the key functional disciplines.

As the 21st Century progresses, the dynamics of the business world are changing and the role and profile of the women in business is highlighted. With the changing dynamics, the present leadership models are being seen to fall behind in meeting the demands of the customer, employee and workplace.

The 8th Global Partners Meeting of AltoPartners took place in Philadelphia on June 6th and 7th. Since the 2012 Global Meeting in Madrid, the AltoPartners Alliance has continued to grow and strengthen its global presence significantly. Six new Partner firms have joined the Alliance in the last 12 months, consistent with the business plan.

AltoPartners is delighted to announce that two new teams have joined the Alliance in Austria and Colombia: Human Resources Solutions for Austria Executive Connection for Colombia

AltoPartners is delighted to announce that three new teams have just joined the Alliance in China, Germany and Turkey: Foster Partners for China Jack Russell Consulting for Germany MKG & Partners for Turkey.

Executive Search: The Value Of A Retained Consultant

A roundtable was held at the IE Business School in the Aula Magna with the organization of the Spanish Chapter of the Association of Executive Search Consultants AESC. The session was opened by Luis Truchado, Partner DIrector of Voyer Iberoamérica / EuroGalenus, who remarked the origins of the profession as a differentiation of Strategic...

Executive Compensation – How to restore trust

The increasing need for transparency and the current economic crisis have dramatically affected public opinion and acceptance of executive compensation. Pay structures and the quantum of compensation are now regularly criticised, whatever the performance of the executives and their companies.

1300 HR decision makers and 750 CEOs representing a variety of sectors and regions were invited to nominate their 3 most innovative and / or best performing partners in regard to human capital management in...

Philadelphia, PA… Diversified Search (Diversified), among the top ten US executive search firms and the largest US woman-founded and -owned firm, has announced that despite difficult economic and industry conditions, the firm completed a strong second quarter with revenues up 29% compared to the second